Eric Micali is a musician and producer.

Born and raised in New Jersey, Micali has been playing drums since age 10, and guitar since age 13. He’s spent years listening to, studying and playing all genres of music including rock, rap, hip hop, jazz, country and blues. Since 1995 Micali has played primarily with Val Emmich, a well-established New Jersey singer/songwriter with whom he has been involved in several record deals, including a major label contract with Epic Records in 2004, and multiple national tours both headlining and opening up for 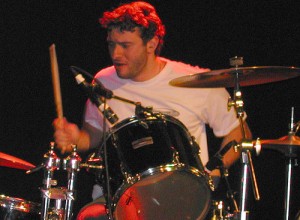 larger acts.  In 2004, Micali and Emmich participated in the Civic Tour opening for Dashboard Confessional, Thrice and The Get Up Kids, playing in 10,000 seat arenas across the United States.  The group has also toured with and opened up for such acts as R.E.M., Gavin DeGraw, Gym Class Heros, Neon Trees, 30 Seconds To Mars, Better Than Ezra, Albert Hammond, Jr. (The Strokes), Juliette and the Licks (Juliette Lewis), American Hi-Fi, Butch Walker (Marvelous 3), Fountains of Wayne, Built To Spill and The Human League.  They play regularly in the New Jersey and New York City area at many of the region’s most prestigious venues (including CBGB’s, Webster Hall, Mercury Lounge, Arlene Grocery, Bowery Ballroom, The Stone Pony and Maxwells), and have performed at legendary Los Angeles venues, The Viper Room and The Greek Theater, as well as having performed multiple times at the South By Southwest Music Festival in Austin, TX.

In addition to nationwide touring and regular live performances, Micali boasts an extensive recording background.  Starting in 1995, he has been putting his stamp on numerous records with multiple artists.  Many of the records done with Val Emmich were released into radio rotation, used on TV shows (ABC’s Ugly Betty – in which Micali actually appeared and performed on the show) and played on MTV as full videos as well as on the music network’s TV shows Jersey Shore, The Real World, TRL, Advance Warning and Teen Mom.  Micali’s drums have been heard by millions of people.